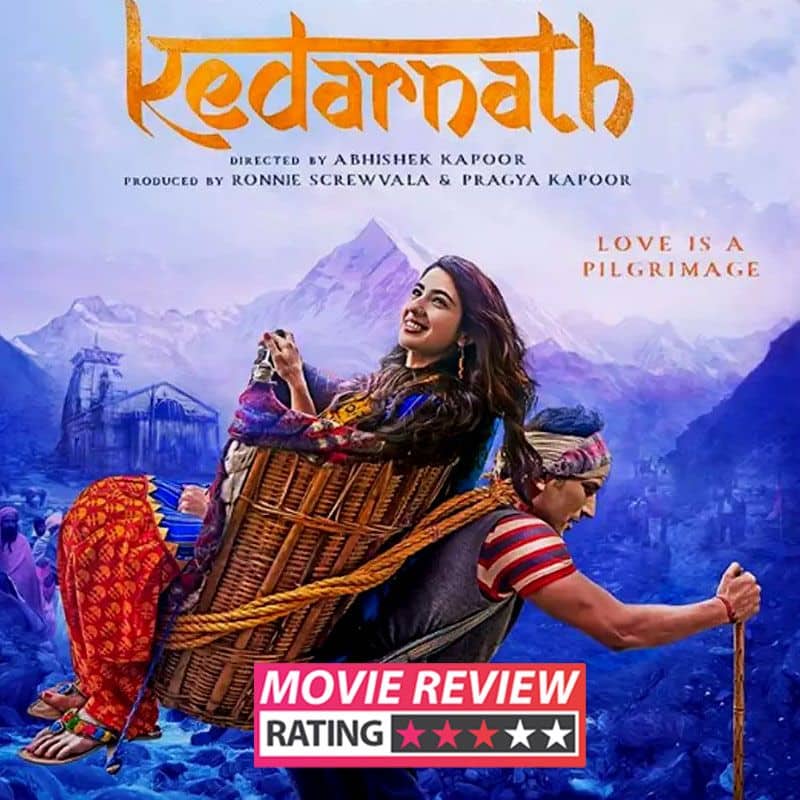 Set in the backdrop of devastating floods in the himalayas where the shrine of Kedarnath is situated , this film showcases an inter religious love story between Mandakini ''Mukku'' Mishra ( played by Sara Ali Khan ) and Mansoor Khan ( played by Sushant Singh Rajput ) .

Mukku has a massive chip on her shoulder because a suitor has rejected the girl he was first engaged to---her sister , and chosen her for marriage . Her father ( played by Nitish Bharadwaj ) has forced her to accept , but she has a powerful rebellious streak within her that seeks revenge on her prospective husband who seems ready to force this relationship on her despite her opposition .

The person she chooses to romance in order to defy her fiance and society is neither of her religion nor her class . Mansoor is a porter who carries pilgrims on his back up the trek going to Kedarnath temple high up the mountain . So Mukku takes the lead in advancing the relationship and soon falls really in love.

Predictably , all hell breaks loose as Mukku's parents and her fiance ( played by Nishant Dahiya ) come to know about the love story and Mansoor is beaten by the fiance's friends . But it seems this act has incurred the wrath of Lord Shiva whose worshipper was Mansoor despite his different religion , and a different kind of hell breaks loose as the heavens explode in fury and torrential rains bring disaster on the whole region by totally flooding it .

The devastating floods and the fury unleashed by the flooding water have been well pictured in the movie , and overall photography of the snowcapped himalayas is beautiful with superb shots of roads and rivers and streams winding through the high mountains .

Sara Ali Khan looks good and pretty much like a slimmer and more delicate version of her mother Amrita Singh . She acts in the same fiesty style of her mother . Sushant Singh Rajput is not convincing enough . Worse , he is outclassed in both in the acting and the looks department by the person playing his rival---the tall and strapping Nishant Dahiya .

Background music is decent and I liked the songs . Those who are frowning upon an inter religious love story will get some cold comfort as the love story does not get consummated ; Mansoor dies saving others including Mukku and her father from Floods .