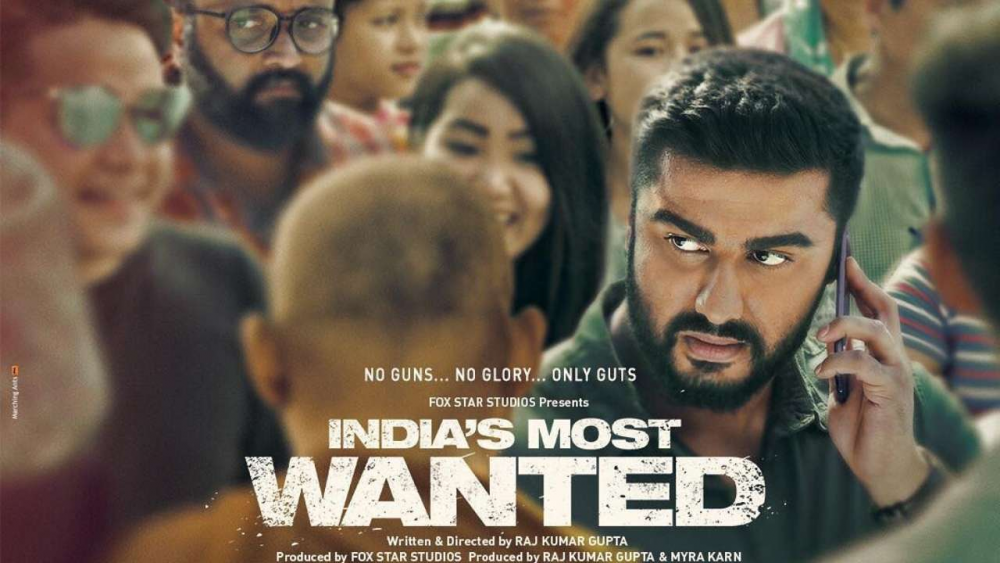 This movie is based on the capture of dreaded islamic terrorist Yasin Bhatkal , who was involved in bomb blasts in cities like Pune , Hyderabad , Ahmedabad and Delhi . It shows how real heroes who capture terrorists are ordinary people who are afraid of their wives and mothers , a far cry from the slick chiselled bodied heroes who fight terrorists in films . The film is an attempt to give these unsung patriots their due . Yasin is referred to as Yusuf in the movie , played by Sudev Nair .

The movie opens with a powerful blast in German bakery in the city of Pune . And the whole movie is interspersed with blasts like this . And after every blast , the villain Yusuf talks in his mind about kafirs ( infidel non muslims ) and jannat ( paradise ) , to which he expects to go after dispatching the kafirs with bombs . Islamic music rings in the background , making clear islam's connection with terrorism . This is exactly what has caught the goat of left / liberal movie reviewers , who have given bad ratings to the film . But actually this is an under rated film . Not bad competition to the film on PM Narendra Modi .that has been released simultaneously .

The hero of the movie is IB ( Intelligence bureau ) operative Prabhat Kapoor , who comes in contact with a source in Nepal . That source is a muslim guy who is taking a grave risk to give lead to Yusuf's whereabouts in Nepal . Prabhat patches together a team to go and capture Yusuf , but the permission to capture him does not come from the high command nor does any money . Never mind , the team decides to disregard orders and nab the terrorist anyway , and they pool in their own money to go get him . If they fail , their careers could be in the line for disobeying orders to not go . Is this madness ? Some would call it patriotism .

While they are on the move , we get to see some breathtaking photography of Nepal . Winding rivers among green tree topped mountains and roads winding along the rivers crossing a river or two give chance for some superb cinematography . There are no stunts or action scenes or big chases . That is what real life nabbing of terrorists is all about . As realistic as it gets . But when it comes to co operation from Nepalese officers , there is disappointment . Some of them form an obstacle to the task , raising guns on the Indian team instead .

There are also the Pakistani operatives of it's intelligence agency ISI active in Nepal , and they come to know through their sources that the Indian team has come to nab Yusuf . And the Pakistanis are much better armed than the pistols that the Indian carry . They carry automatic rifles . Also they have complete permission from their higher ups to prevent Yusuf's capture by use of violence and murder if necessary . On the other hand the Nepalese raise hell with Indian higher ups and Indian higher authorities explode in fury and try to force the team to abort the mission . Remember these were Congress party ruled times and the government was {censored} footed about handling islamic terror . But a India sympathetic Nepalese officer blocks the Pakistani team , and the confrontation between the Indians and Pakistanis does not explode into violence---all realism here and no unnecessary thrills .

Yusuf Played by Sudev Nair is a mysterious figure throughout much of the movie and only his light eyes are seen though the mask hiding his face . When captured , he knows his fate and does not resist much ; this is no action movie . But smiles and talks menacingly . He uses the pseudonym Shah Rukh many times , leading to the frisking and searching of Indian film star Shah Rukh Khan on US airports many times . Arjun Kapoor looks overweight but his acting is decent . Colours and background music and songs are decent . And when the source who led them to Yusuf get to see the terrorist for himself he waives off half his fee for leading them to him ; some muslims are ready to co operate against terror and the Indian team has a muslim operative too . The film is not about religion bashing , but it is clear about it's patriotism too . Vande Mataram rings loud and clear as the movie ends .