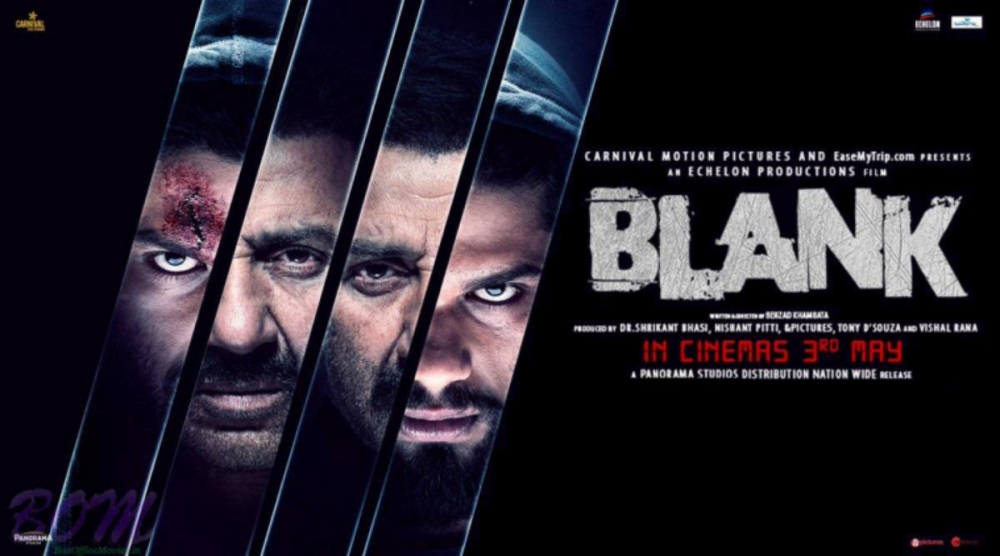 Maybe the image of Sunny Deol fighting muslim terrorists in an action thriller could help boost his image for elections . After all , he is standing for elections in Gurdaspur on a nationalist ( BJP ) ticket and the movie has been released at the right time . He plays Mumbai ATS ( anti terrorism squad ) head SS Dewan , who is so scrupulously honest that he refuses to bail out his own son when the son gets caught in a drug raid .

But the people Dewan is against are extremely committed muslim terrorists who want to wage jehad against India and it is not easy to deal with such a threat . The movie does show honestly how small muslim boys are encouraged to become suicide bombers by promises of paradise made to them by radical islamic preachers . Cries of jehad rent the air as they vow to wage eternal war against India .

One such boy caught by Mumbai ATS is Hanif ( Karan Kapadia ) and he has turned into a unique suicide bomber ; he has a suicide bomb directly connected to his heartbeat in such a way that it will explode when his heartbeat stops . So the challenge is to keep him alive till he is taken to an uninhabited location where he can be killed without loss of other lives . But his jehadi mentors are after him to save him , and Dewan does not know another deadly fact about the bomb . Also there is someone working in ATS who is in league with the islamic terrorists and who keeps them one step ahead of Dewan .

So will Dewan be able to prevent the jehadis from bomb blasting Mumbai one more time ? The movie gives some interesting answers to that . I went to see Sunny Deol's famous temper erupt into a burst of anger and was rewarded on a couple of occasions . The movie does show some action scenes of ATS officers storming underground cells of jehadis and full scale fighting between jehadis and the officers . Bursts of automatic rifles and explosions of bombs rent the air . The movie is too sophisticated for Sunny;s 'dhai kilo ka haat' ( two and a half kilo forehand ) to be used too much ; we have to make do with Sunny firing guns . But there is enough action to keep an action movie aficionado happy , and enough jehadis being sent to hell to keep a nationalist happy .

Background music and songs and acting and colours and photography is all decent enough . And there is a twist in the end to make things even better . Sunny is older than his 'Ghayal' and 'Gadar' days but he still has some firepower . Ishita Dutta is good as his lovely female assistant , and Karanvir Sharma is able as his other associate in fighting terrorists . Karan Kapadia is impressive as Hanif and his acting steals the show .