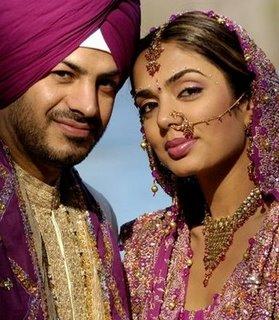 Why does the institution of the arranged marriage survive in India in this day and age? The India I am talking about in this case includes the educated middle class, where the incidence of arranged marriages continues to be high and more importantly, is accepted without any difficulty as a legitimate way of finding a mate. Twenty years ago, looking at the future, one would have imagined that by now, the numbers of the arranged marriage types would have shrunk and the few remaining stragglers would be looked down upon as belonging to a somewhat primitive tribe. But this is far from being so.


The answer lies partly in the elastic nature of this institution, and indeed most traditional Indian customs, that allows it to expand its definition to accommodate the needs of modernity. So today’s arranged marriage places individual will at the heart of the process; young men and women are rarely forced to marry someone against their wishes. The role of the parents has moved to that of being presiding deities, with one hand raised in blessing and the other hand immersed purposefully in the wallet.


The need for some arrangement when it comes to marriage is a very real one, both here as well as in those cultures where arranged marriages are anathema. The blind date, being set up by friends, online dating, the speed date, reality swayamvar-type shows are all attempts to arrange ways that one can meet a potential spouse. Here the idea of love is being not-so-gently manufactured by contriving a spark that could turn into the cozy fire of domesticity.


The arranged marriage of today is more clearly manufactured but it also offers a more certain outcome. Online matrimonial sites are full of young professionals seeking matches on their own, knowing that what is on the table here is not a date but the promise of marriage. In the West, the curiously antiquated notion that it is the prerogative of the man to propose marriage makes for a situation where the promise of marriage is tantalizingly withheld by one of the concerned parties for an indefinite period of time. Indeed, going by Hollywood movies, it would appear that to mention marriage too early in a relationship is a sure way of scaring off the man. So we have a situation where marriage is a mirage that shimmers on the horizon frequently, but materializes rarely. The mating process becomes a serial hunt with the man doing the pursuing to begin a relationship and the woman taking over the role in trying to convert it into something more lasting. 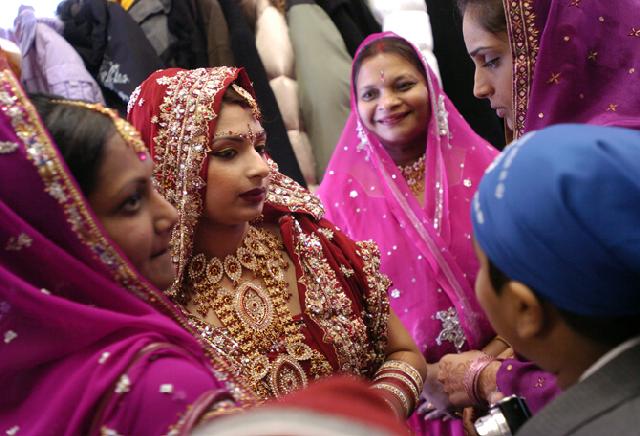 At a more fundamental level, the idea that romantic love is the most suitable basis for a long-term relationship is not as automatic as it might appear. Marriage is the only significant kinship tie that we enter into by choice. We don’t choose our parents, our relatives or our children — these are cards that are dealt out to us. For a long time, in a lot of cultures, and even now in some, marriage too is a relationship we do not personally control. This view of marriage works best in contexts where the idea of the individual is not fully developed. People live in a sticky collective and individuality is blurred. A young Saraswat Brahmin boy, earning in four figures was sufficient as a description and one such person was broadly substitutable with another.


As the role of the individual increases and as dimensions of individuality get fleshed out in ever newer ways, marriage must account for these changes. The idea of romance makes the coming together of individuals seem like a natural event. Mutual attraction melts individuals together into a union. In contexts where communities fragment and finding mates as a task devolves to individuals, romance becomes a natural agent of marriage. The trouble is that while the device works very well in bringing people together, it is not intrinsically equipped to handle these individuals over time. For, the greater emphasis on the individual has also meant that personal needs and personal growth come to occupy a privileged position in every individual’s life. Falling in love becomes infinitely easier than staying in it as individuals are no longer defined primarily by the roles they play in marriage.


So we have a situation where people fall in and out of love more often, making the idea of romance as a basis of marriage not as socially productive as it used to be. Romantic love seeks to extend the present while the arranged marriage aims at securing the future. It keeps the headiness of romance at bay, and recognizes that romance and the sustenance of a socially constructed long-term contract like marriage do not necessarily converge. Of course, the arranged marriage has its own assumptions about what variables make this contract work and these too offer no guarantees.


In a world where our present has become a poor indicator of our future, the idea of arranging marriages continues to hold charm. Whether it is cloaked in tradition as it is in India or in modernity as it is elsewhere, the institution of marriage needs some help. The expanded Indian view of the arranged marriage functions as a facilitated marriage search designed for individuals. Perhaps that is why convented matches from status families will continue to look for decent marriages, caste no bar. 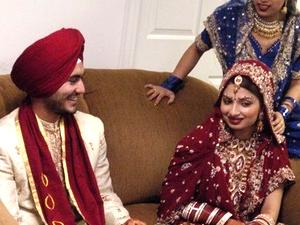 Majority of young women in India country prefer arranged marriages with parents' consent while only less than one fourth opts for the "love" route to choose their life partners, a survey said.


The survey of women in the age group of 20-30 carried out in various cities, including the four metros, by leading matrimony portal Bharatmatrimony, also revealed that 59 per cent of the respondents consider parent's decision the most important priority in finalising marriage.


About 49 per cent preferred arranged marriage while 33 per cent 'arranged love marrige' and a meagre 18 per cent of the respondents favoured 'love' marriage.


The survey titled "Woman and Marriage" was conducted by ahead of the Women's Day and 1,058 respondents were covered in Chennai, Mumbai, Delhi, Kolkata, Hyderabad, Bangalore, Pune, Madurai, Mysore, Tiruchirappalli, Coimbatore and Jaipur, a release said here today.
On the right age for a woman to get married, about 71 per cent said 21-24 was the ideal age for marriage.


Interestingly, the survey said that about 93 per cent of women were interested to study or work after marriage.


The survey also said that about 55 per cent women prefer to search life partners through contacts via friends and relatives.

Focus is on Shabad YOG (Connect)


The best (YOG)connect is positivity of MIND in all situation, which comes through spirtual education, as it is not the intellact, power...