SPNer
"Dreams do come true. Even for a young Mexican boy from Fresno California!"

These were the ovation-winning closing words of animator/director/ producer Phil Roman (The Simpsons, Tom and Jerry - The Movie, Garfield, Peanuts, The Grinch...) whose journey as an animator started the day his mother took him to see "Bambi" at the age of 11.

"And now, Ladies and Gentlemen, we move to the last category of the Student Films: the Best in Educational!

When the screen came alive with a clip depicting a bunch of Sikh-American faces and voices, a teenager and his mother sitting in the last row of the Chaplin Theater (Hollywood, California) full of celebrities and New Wave filmmakers, froze in anticipation.

The clip terminated with the narration - " I might be considered a normal American teen and then again, maybe not ... And no, I am not a member of the Taliban, or Bin Laden ...", conveying the pointed message of the film's writer, director and protagonist loud and clear.

The 15-year old's second documentary was one of the nominees selected amongst hundreds of films to be one of the finalists competing with those created by leading film-centric schools, colleges and universities across many countries. 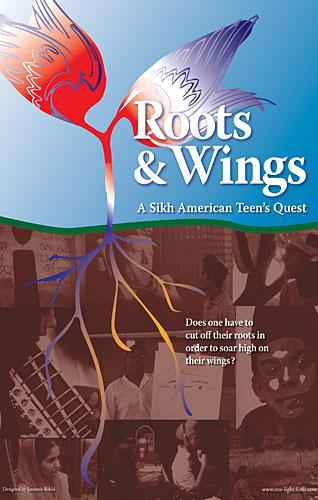 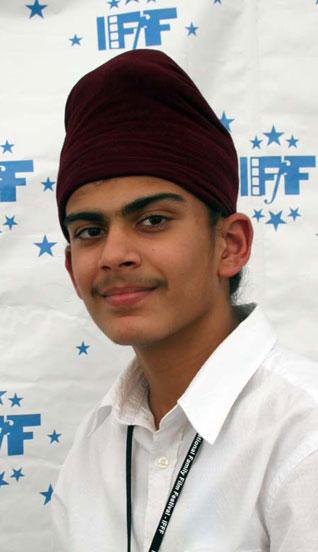 It was long, pregnant pause.

While that Mexican boy, now nearly 80 years old was the recipient of the highest honor of the evening - the Friz Award for Lifetime Achievement in Animation - the youngest winning filmmaker at the event also represented a very diverse face of the industry.
The young 15-year old Sikh-American boy from Milton High School in Alpharetta, Georgia, would receive the Best Educational - Student Category Award, at the 14th annual International Family Film Festival (IFFF).

True to its theme of ‘Great Stories Bring Families Together‘, the festival brought together filmmakers and audience from around the globe and celebrated the stories that were family oriented - no useless violence, nudity or obscene language, only great messages.

Even off-the-screen, interesting stories were unfolding all day.
One of them warmed the hearts of the IFFF attendees and made them aware of the reasons the young boy has taken upon himself this task of educating the world through documentary film making.

At a Hollywood bus stop earlier that morning, while waiting for a bus to the Raleigh Studios, the venue of the festival, the young filmmaker (who was wearing the Festival badge) was harassed by a bystander who accused him of being an Al Qaeda trainee.
"They train you young these days ? I see you are going to make video footage of the prime locations to be bombed?" yelled the hooligan.

After trying to explain to the person that in fact he was a Peace Worker, the young filmmaker and his mother faced additional confrontations. Fifteen minutes of rude and wild accusations!

But, though the day began with bigotry and hate, it turned into another opportunity for education and a validation of his work; that indeed people needed to open their hearts and learn to love each other and that only one thing - education - can help eradicate the ignorance.

Later that evening at the awards gala, when the audience cheered for the young filmmaker at the event as he made his way to the podium to receive the honour and make his "Thank You" speech, all his struggles, his efforts and his reward, all came together in one day.

When Phil Roman, the legendary animator, patted him on the back, the young boy felt truly inspired.

But when asked of the single-most memorable event of that night for him, he tells how his favourite character, Bart Simpson, came to him and cheered him up.

Nancy Cartwright, who is the actress behind the mischievous voice of Bart and other Simpsons characters, spoke to him in Bart's voice, switching back and forth.

While the young Angad makes documentaries to bring about social change, he watches The Simpsons to relax and energize. He could not help but smile, ear to ear.

A quote from Robert F. Kennedy that Angad used in his film came alive that day:
"On this generation of Americans falls the burden of proving to the world that we really mean it when we say all men are created free and are equal ... All of us might wish at times that we lived in a more tranquil world, but we don't. And if our times are difficult and perplexing, so are they challenging and filled with opportunity. "

Roots and Wings is Angad's second documentary film that speaks to anybody who faces challenges on account of being ‘different' - whether visibly or ideologically. It urges the viewer to expand his or her horizons and think beyond stereotypes. For more information on the film and on Angad's journey so far, please visit www.onelight-films.com.
K

SPNer
Supporter
Very Inspiring . The mother of Angad Singh deserves real applaud for her upbringing a real ROLE MODEL like him , who is connected to his real values & roots despite being in the field which is full of glamour . Keep it up Angad Singh , Sikh youngsters need more & more role models like him .

Mentor
Writer
SPNer
Angad, The world you are able to see and envision through your camera lens can not be matched or emulated.

Your speech through your images can not be written on a piece of paper.

To say congrats would be an insult. I salute you and thank you for sharing with us what you see that we are blind to.

And Gurmeet, you are one blessed Mum.

Writer
SPNer
Supporter
Angad is a creative performer, congratulations are his earned rewards; he is on a path to get them repeatedly.
I personally congratulate Mrs Gurmeet for bringing up Angad intact from avalanche of discouraging verbal attacks in U.S.and help him to be what he is today. We need such mothers like you Gurmeet ji. I solute to you!!