A Lesson In Compassion

Lately in my real and online lives, I've been having trouble with people and friends. Maybe it's some alignment of the stars, I don't know, but so many people are prickly these days.

It's taken me many years to develop a more laid-back attitude to life and my dealings with people. In the past, even as late as this time last year, I could be snappy and short tempered. If someone said something I didn't like, I'd get my back up and be a cow about it. (Can I say "cow" like that on a forum full of desis? ) 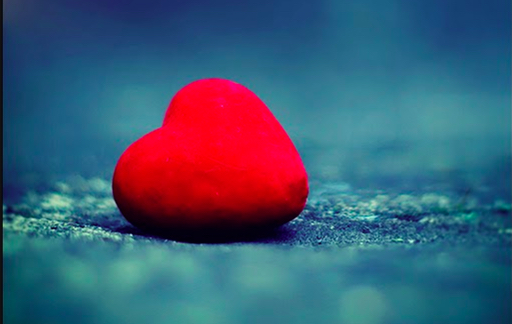 Lately, with my more laid-back attitude (thanks go to Guruji) and the prickly people and situations I've run into, I've been wondering where being "nice" ends and being "assertive" or even "aggressive" begins. Life is so much more peaceful when you have that nice attitude. Someone cuts you off in traffic - whatever. In the past I would have yelled, honked the horn, flipped the bird. Now, I just shrug and continue bopping to the music. Whatevs. If I react, I take that negativity into my self and it sticks. If I shrug and let it go, it doesn't stick. No flies on me!

But am I letting myself be walked on? Am I giving permission to people to treat me badly? I don't think so... it doesn't really seem to affect me. Treat me badly? They can only do that if I allow myself to be "treated badly". If I don't take it on board, then although it might look like I'm treated badly, I'm actually not. Right?

So, the Lesson in Compassion.

Last week I called my work's head office. I call them several times a day. No one has direct lines, so usually you have to ask to be put through. After a day of the polite "Hi ji, how are you?" formalities before asking to be put through, it becomes acceptable to just say, "Hi ji, can I speak to soandso." In fact, the formalities can become annoying.

This time when I called, I said, "Hi ji, it's me, can I speak to soandso," and there was a pause for a second and the person who has answered the phone (we'll call her Jane) made a point of saying, "I'm fine, thanks for asking, I'll put you through..."

It irritated me. Old me would have bristled and become short with Jane when I spoke to her again. I wouldn't let it go for months. The new me has put that aside and continued to be nice. I make a point to ask her how she is. Formalities always with Jane, and that's ok if that's the way she operates.

So today, a head office colleague who is sick, called me from home to ask a question. She said she's got a sniffle, but chose to stay home, because Jane's mum has cancer and has only been given 9 weeks to live and is currently going through chemo to try and get a couple extra weeks of life, and Jane is in and out of the office like a yo-yo trying to do her work and care for her mum at the same time, and if Jane was carrying germs, it would be dangerous to her mum's extremely fragile health at this time.

Wow. My heart pains at the thought of what Jane is going through right now. No wonder she reacted the way she did when I called. New me is relieved that I've continued to be nice to her.

Lesson: Cut people some slack. You don't know what they're going through. Don't take negativity on board because it only hurts you, no one else.

This reminds me of the saying

Be kind, for everyone you meet is fighting a hard battle.
Click to expand...

which was maybe written by Plato or Philo of Alexandria or Ian MacLaren or John Watson.

Whoever said it, it is true.

Kindness, I think, is the most dangerous of all virtues because so many people are unable to distinguish kindness from weakness.

Of course, kindness and compassion are two different things, although they are closely related.