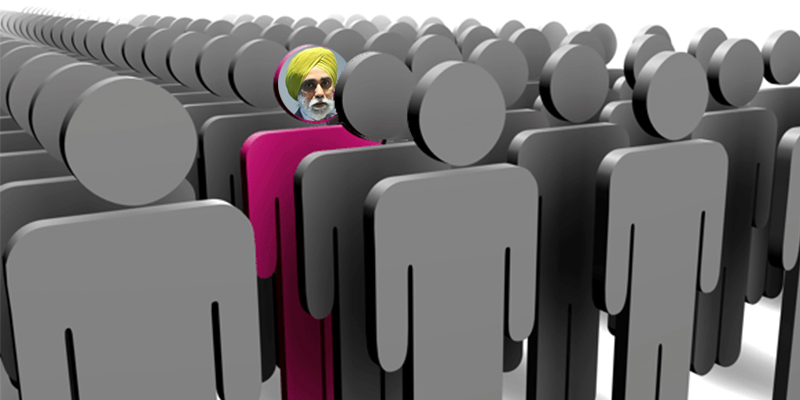 Some face a visceral fear of disruption when confronted with arguments by reform-minded parcharaks like Dr Karminder Singh Dhillon. I’ve seen them in social media comments. Some are ugly, indeed.

It’s understandable. It is not at all comforting when your deep and long-held beliefs are challenged. It’s gut wrenching if the arguments move the very rock that kept you steady. All the more when it concerns the emotive subject like religion.

Hence, the violent and angry responses. It’s understandable. All these while, they considered themselves Guru-loving and God-fearing Sikhs. Now, here comes someone who tells them that their understanding of Sikhi is wrong. How dare you!

Changing your worldview is never an easy process. Here, Karminder is doing just that – presenting to you an alternate way of looking at Sikhi. He is not peddling a new way. He believes his version of Sikhi is the way it was supposed to be in the first place. Sikhi has been hijacked, he argues.

In this lecture (flagged here), Karminder explains why he used the word ‘hijacking’ for the title of his book ‘The Hijacking of Sikhi‘. He goes on to explain the effect of the hijacking:

He then takes the shabad, sant jenaa mil har jas gaiyo, to explain what he meant above. “Every word in this verse can be revolutionary, and from every word you can take out the revolutariness and go back to the ordinary, the mundane, to what was.”

This speaker is arguing that Sikh teaching had been manipulated and twisted to suit the nefarious desires of the clergy in the post-Guru period. The clergy had {censored}ised Guru Nanak’s message, hollowing out reforms that the Sikh Gurus initiated. As a result, we are saddled with a muddled version of Sikhi.


This gentleman has written five books, and is working on his next set of five, discussing various aspects of Sikhi. He has produced numerous video lectures on Sikhi. Does he make sense? I think he does. I’ve been following his work for some years now. See here (Sikhi Concepts: Complete links to videos and lecture notes) and here (Hijacking of Sikhi – The Video Series). And more over here. I find them fascinating and informative. They have altered my Sikhi worldview. I’m grateful to him for that.

But you may disagree.

We must accept the fact that people, groups and organisations are fallible. Sikhs, included. So, Karminder may very well have erred in some of his arguments. If you think so, put forward your arguments. You may even have been moved to share your thoughts as to why you think Karminder is wrong. That’s acceptable. If you do it with decorum and poise, it would be beautiful, actually. A civil discussion is good for the soul. That is the right and proper course of action. No Sikh is infallible. We don’t have a Pope in our midst.

The horrible part is when you get all strung up to bash people like Karminder. You call them names, and you throw flames. You label those with whom you disagree as nindak (slanderer), dushman (enemy) or RSS agents. This is the act of dehumanising. Then there is the age-old tactic of attacking the person instead of his or her arguments. They call it the logical fallacy ad hominem: When one cannot refute the arguments, they resort to attacking the person. You do not like the message, so you attack the messenger.

It can get worse. On the day you let your hair down, you dish out vulgarities. You manufacture lies and spread hatred against them. Barking mad in the name of Sikhi.

I get it that you have strong feelings for your views on Sikhi. You love the Guru, you love Sikhi. However, it is unfortunate if you allow the demon within to reign. Here, you blank out any thoughts that the very people you are haranguing may also love the Guru and may also love Sikhi. The name calling and flame throwing is unacceptable. It’s time we engage people with whom we are at odds with love and respect.

Hb Singh is a Kuala Lumpur-based journalist with some experience in dealing with Sikh organisations, both from within and outside.
G

I'm listening to your Jap banee series on YouTube. I'm currently on "panch pardhaan" pauri. You use cross-referencing within Gurbani itself to get meaning of earlier misunderstood words/panktis. Excellent work! Also listened to all of 14 Hijacking of Sikhi videos. I never knew it would be English language that would get me closer to Guru Nanak's message.