As everyone knows about the recent Rochdale gang, The Rochdale sex trafficking gang was a group of pakistani men who preyed on under-age teenage girls in Rochdale, Greater Manchester, England. They were convicted of sex trafficking on 8 May 2012; other offenses included rape, trafficking girls for sex and conspiracy to engage in sexual activity with a child

This has been happening in our community for years and the government and police have never clocked onto the ethnic nature of this systematic abuse.

The Sikh Awareness Society (www.sasorg.co.uk) have today released a cutting edge documentary interviewing Andrew Norfolk of the Times newspaper who was instrumental in bringing to light the grooming gangs in the UK

Please watch carefully and pass on to everyone please and not just Punjabis as this effects the whole community at large. We would not want anyone's sister or daughter to go through these heinous abuses regardless of the colour of their skin or their racial background.
please watch and share with everyone!

It seems finally, after a lot of awareness raising about this and even stated police concern, that a hard line is being taken and perpetrators are coming to justice. Good followup! I can't wait to read more/see the video.
T

if everyone could please forward this to as many people as possible as two days ago the following was reported by the BBC, so this most definately a major priority for our community PLEASE SHARE THIS VIDEO WHEREVER YOU CAN! 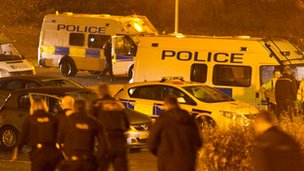 
The men were detained in High Wycombe, Buckinghamshire, as part of Thames Valley Police's Operation Ribbon.


A 20-year-old man, from High Wycombe, has been released on bail until 4 December.
Thames Valley Police said earlier this week that an investigation had been started in December last year, uncovering allegations dating back to 2007.

I have deleted 3 other threads on this exact same topic, same information, in three other forums. This is a good thread but discussion will be scattered all over the place if it is posted 4 different times. Please forgive my actions. If there is any extra material that we need to know, then keep us posted and up to date on this thread. Thank you
T

This is no problem.

BUT this information is horrific and everyone needs to read and look at the videos. A 13 year old girl held down by a "boyfriend" and she is a virgin. After she reports the event, and many chapters later, she is kidnapped and raped again. One year later there was a successful prosecution.

Andrew Norfolk a journalist tells the story and it is hard to listen to. Eighteen girls groomed by 3 brother, one family, and driven to apartment to be violated by 25 different men. He also talks about the difficulties faced by law enforcement. Until the time of this video not one person had been prosecuted. Listen to all of it. I cannot do the thread justice.

I have not been successful in getting the YouTube video to stream though I tried. If you can get in and repost the video (you were able to get it to stream) that would be good.

Here is a link to a long series of articles on the subject by journalist Andrew Norfolk, who has been covering the sex-grooming consistently.

and in the UK, The Sikh Awareness Helpline