SikhRI Kultar’s Mime - A Scream Of Pain. A Cry Of Rage

“The Sikh Research Institute is excited to launch the play Kultar’s Mime to facilitate conversation on 1984 among masses to invoke Guru Nanak’s sensitivity to suffering, especially in genocidal campaigns,” says Harinder Singh, SikhRI’s CEO. Envisioned and produced by playwrights Sarbpreet Singh and J. Mehr Kaur, the play is being staged in Boston on 28 September 2014.

“Kultar’s Mime is a scream of pain. A cry of rage at the unending pattern of injustice and targets the weak and the poor. A never ending pattern that transcends geography, culture and time,” said Sarbpreet Singh who wrote the original poem that the play is based on. 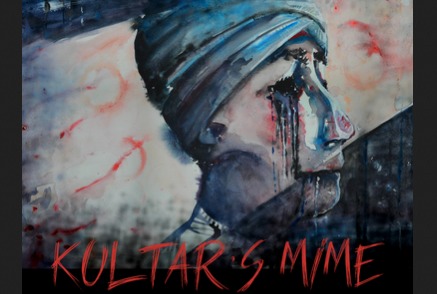 According to J Mehr Kaur, who adapted the poem for the stage and directed the premier of Kultar’s Mime, “In creating the world of this play, I wanted to explore the ways in which a story of oppression can become even more urgent and meaningful when a group of ‘outsiders’ chooses to bring it to life. The young artists and activists in the play discover, through their own experience of this history, that the events of 1984 in Delhi were not only an inexcusable breach of the rights of Sikhs, but a violation of the rights of humanity. The production is an immersive work of theatre that allows the audience to experience the space as an art gallery, through which they are led by the characters in the play, learning about the haunted neighborhood of Tilakvihar, and its forgotten children.”

On April 6, 1903, the city of Kishinev, the capital of the Russian province of Bessarabia erupted in violence. A horrific pogrom was organized, targeting the Jewish population of Kishinev. After three days of violence, 49 Jews were dead, 500 were wounded, 1300 homes and businesses were destroyed and 2000 families were left homeless.

The young Hebrew poet, Haim Nahman Bialik went to Kishinev to talk to survivors and report on the pogrom. Bialik wrote one of his most famous poems, ‘In The City Of Slaughter’ in response to the Kishinev pogrom, using searing, powerful imagery to describe the horror that descended upon the Jewish residents of the city.

The poem, ‘Kultar’s Mime’, written by a young Sikh poet, drew upon eyewitness accounts of the Delhi pogrom to describe the sufferings of the Sikhs of Delhi, through the eyes of a group of young survivors.

There are uncanny similarities between the Kishinev and Delhi pogroms. Both targeted minority communities with violence following libel, innuendo and propaganda, designed to stoke fear and hatred.

The play is set in New York City. A collective of young Jewish artists, influenced by Bialik’s ‘In The City of Slaughter’ decides to commemorate the Kishinev Pogrom by organizing an art exhibition in which they intend to display paintings about the pogrom accompanied by a reading of the poem. As they get together and revisit Bialik’s poem, it occurs to them that it would be very powerful to honor the suffering of the innocent victims of Kishinev by shining the spotlight on other similar instances of organized violence that the world has largely forgotten. They decide to focus on the anti-Sikh pogrom of 1984 in Delhi and make it the subject of their exhibition, using words from the poem to augment the impact of the paintings they have created about the Delhi pogrom.

Kultar’s Mime, the play, synthesizes the sufferings of innocent victims of organized violence, separated by thousands of miles, numerous years and insurmountable differences of religion, language and culture. Drawing upon the raw imagery of both poems, it tells a story of human suffering and courage, reminding us that in the end all innocent victims are the same, regardless of which God they worship and what tongues they speak.

To sponsor Kultar’s Mime in your city, please email: KM1984@SikhRI.org